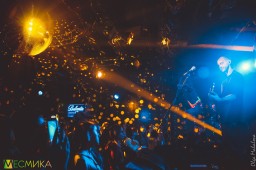 "16 Tons" club, pub, restaurant in Central Moscow. The oldest English pubs. The first Moscow concert venue specializing in performances of guitar groups later this format has taken many Moscow clubs. The variety of the menu and soft background music make the "16 Tons" a great place to socialize with friends and for business meetings. In addition, since the Foundation has its own brewery, where he is preparing three patented varieties of beer — "Light special", "Red special" and "Extra stout". Brand beer "16 Tons" was awarded many international awards.