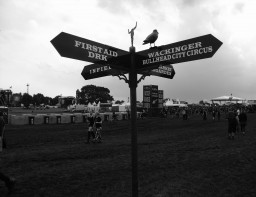 Wacken! How much of this sound
for the heart metalpackage merged...

No doubt it was so written by the notorious Alexander Sergeyevich, whether he is noble Mealhada at the turn of the 20th and 21st century. But alas, fate decreed otherwise, and no one wrote a novel in verse about one of the most famous and biggest rock/metal festivals of our time. Well, have to Express in prose.

But the prose of life in what was once a great festival increasingly zaparivatsya hard criticism in terms of organization. Of course, someone will say that there are festivals and worse organized. Of course, but why to be the worst? Someone surely noticed that such a scale is extremely difficult to create the infrastructure that runs smoothly. All true, but there is a limit. And huge queues for the toilet, in the shower, eating, entrance to the territory (Gelande) is already over the limit.

But all in good time, and nice to start with the good. And good the Wacken still a lot, otherwise he would have been a legend. This festival attracts a huge number of representatives of the rock and metal industry, luminaries from the world stage to very unknown bands who have a chance to surprise even the most knowledgeable music lover. Good for 4 hours and 8 scenes you can place a huge number of groups and provide a wide choice for every taste.

You won't be bored because in addition to the concerts in the classic sense, you can occupy yourself watching a movie, playing soccer or yoga. Yes, that's right, metal yoga has been very popular and collected very favorable reviews.

The village of Wacken for the festival turns into one big club with an incredible amount of power points and points "drinking". Crowds of people moved in waves on main street and turn the village into a kind of metropolis, riddled with metal and good mood.

Of course, the festival also features dozens of options to eat what your heart desires: from sandwich with shrimp to delicious rice with vegetables cooked in the Asian style. Several outlets merchandising not only clothe you and put (in the literal sense of the word, don't you think!) the latest metal fashion, as well as provide all the possible accessories. There's also a very helpful offer rubber boots at a reasonable price. Because vakansie dirt legendary, with particularly vile places almost to her knees. So if you are the proud owner of garden of galoshes, do not expect they will not help you. Salvation only in high rubber boots.

But how so, you ask — because we have heard about a new drainage system, which was constructed this year! And you will be absolutely right. That's just the drainage system - not that other as the one and only trench in which to put one edinstvennuyu pipe through the so-called Innenfeld — front of three large szName: Harder, Faster and Louder. And that one line is not enough even for this area, this fact we, perhaps, lower. And the fact that in addition to Innenfeld there is also beer gardens, Wikinger Dorf, the Area around Bullhead Circus and the adjacent territory is all supposedly don't count. Somehow left with the impression that we are banal of being cheated. And the first rain turned to holy ground in the Holy mess is knee deep.

Of course, we can say that the shower will turn any soil into a mess. But sorry, ladies and gentlemen, torrential rains in the Holy land is not news. The exception will be rather completely dry weather. And claiming that they developed a system of drainage facilities, the organizers made clear that this year under the feet will be on solid ground. But alas, the difference between last year and this was not felt at all.

By the way, with the aim to spare the long-suffering soil was created by the legendary pivotroot, the world's first and all that. After all, as was declared, trucks with tanks of beer cause irreparable harm to the earth, leaving deep ruts and contribute to the mixing of the Sacred Mud. In fact, pivoprovod paved, too, but only Innenfeld where beer points do not so much. The rest of the territory remained without pivoprovod cover and the old was supplied with trucks.

Another innovation was the abolition of the fee for early check-in and waiver of fees for "luxury" toilets (toilets) and showers. Well, this year the toilet was not through. As for "luxury", and in the normal plastic booth. And if you woke up in the morning because you, sorry, itch is your problem. But breaking even is still in the toilet, you are likely to be intolerable in a dirty stall with a clogged, disgusting puddle on the floor and no toilet paper. Against this background, the call to irrigate urine holy ground does not look so convincing. It seems that the problem of toilets is eternal and will only grow. With the souls, by the way, the situation is not much better.

In fact, it is not clear what caused such are forced innovations. Maybe to justify the sharply increased price ticket, which has reached 220 euros against last year's 190? Or to spur the audience to actively buy the tickets, after all this time, for the first time in many years, tickets were sold out until early summer, then usually go away within 24 hours of opening sales.

Someone may consider all of the above insignificant. After all such problems are nothing in front of the prospect to see the shocking Manson or the legendary Cooper. To contemplate AVANTASIA or Apocalyptic? Here only you will not see them if you're not in the first two rows or do not have growth under two meters. Because this is the feature lands in front of the stage, she slowly goes down and forms a sort of shallow but extensive pits with a diameter of 100 meters. And everyone standing in the crowd in front of large scenes, obscures the view of the head of the fore. This "pit" the earth rises, but then the game takes the distance. And here you have three options: binoculars, truly eagle vision or you can just watch the screens. Let each ask himself: do I want to pay 220 Euro and a long way to go to see their idol on screen?

Sound — alas — were also not perfect. Some groups were more fortunate, some less. But in this question not so easy to throw accusations. To achieve the perfect sound at the open air of this magnitude is no easy task. Nevertheless, the fact remains.

Increasingly heard that "Wacken is not the same" that the commercial component has become significantly outweigh ideological component that it has become too large in order to fully enjoy. Maybe all of the above problems arise from the huge number of visitors. But dissatisfaction with the present organization, especially when you have something to compare.

Summing up, I want to say that people can forgive a lot of flaws and mistakes. And dirt as such does not cause much of a negative. And to hell with them, with queues. But a particularly unpleasant one residue, if high quality under the brand name "Wacken" is the legend we sell to the trash and hope that'll fly. No, friends, it won't work.