This year fans of Japanese band Loudness (ラウドネス) could see the band on the True Stage of Wacken Open Year! Mesmika asked Loudess some questions.

1.There are many bands made covers of your songs (e.g. Crazy Nights). What's the reason of it?

I did not know that many bands covered our songs!

I’d love to listen to them.

Then I have no idea why they did.

2.You are one of the first Japanese band had success in the West. Did you plan it or it was unexpectedly?

When we formed this band in 1981, since then our dream was to play rock and roll in the world!

3.Do you have any plans to tour in Russia?

One of these days we will be there to rock you!

Invite us to play there!!

4.What's the main difference between Japanese and Western audience?

I don’t think there are any big differences between Japanese and Western audience.

5.Tell us about your feeling when you received an invitation to Wacken Open Air

We were so glad then! Very excited news from Wacken!

6.What language do you prefer to use in your songs Japanese or English?

Japanese is always easier to speak or sing or think for me.

But when you sing rock songs I prefer English, because I think that English sounds great for rock music.

The 70’s British rock in general.

8. You are a very experienced band. Can you advice something to young heavy metal bands?

As being a professional rock musician,

2 Your ideas have to be unique!

3 Don’t give up your dream. 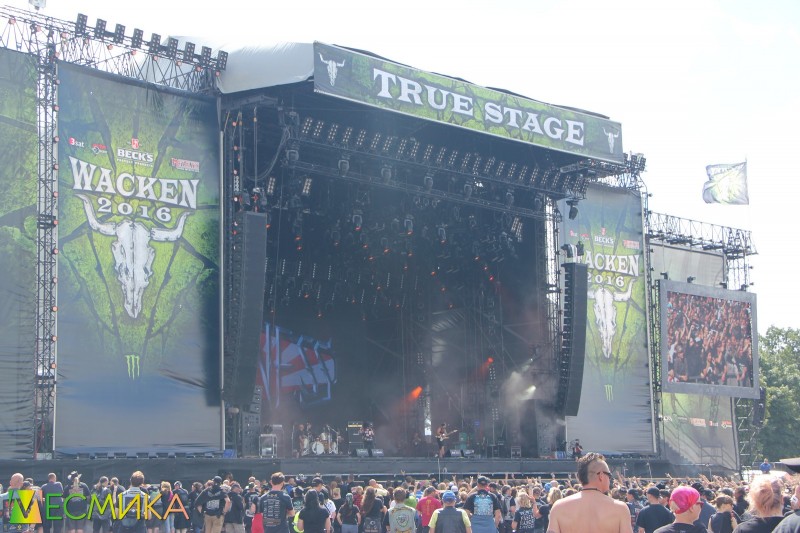 Photos of Loudness from Wacken.